Which Route Will You Take

With March Madness in full swing (Go Wisconsin!), brackets busted, hearts happy, and your office pool down the drain; I only found it fitting to finally post the Team Analogy. There is the idea that for me to succeed you have to fail, this idea, wherever it may have come from is extremely counter productive and dangerous. (Check out a previous post about this idea...) But lets dive in…

Now imagine this, you are a member of a strong and successful basketball team. The team consist of about 10 players, but you are the 6th man. Therefore, you are a key and critical player, the  relief and reinforcement for your team. But you may not be the "star" and you more than likely do not start in any of the games. But you do get a good amount of court time and you play a key role in the success of the team.

However, as the 6th man you aspire to more, you want to do more you want more responsibility within the team. Here is where we determine the type of person you truly are… During the a routine practice you can either:

Now with this decision there are a couple of variables at play, 1. the moral compass of the individual and 2. the clear understanding of roles and their value to the team. I am pretty sure that if I created a survey with these to ideas as my variables (and accounted for honesty), I would find a strong correlation in decision making based on clarity of role and moral compass.

Which route will you take. More often than not, most people say that they will choose route A. It just is the right thing to do, however, when someone has a vested interest in achieving a goal for whatever reason, sometimes their moral compass can get skewed by that interest.  So here is how the story turns out if you chose A or B:

So which route will you take?
Posted by Duvet to Desk by the Professional Gal at 10:10 AM

Intentionality & Purpose: Why do you need both?

As I start this journey with my  oldest daughter  on Duvet to Desk Discussions, I am really taking a hard look at intentionality. ( I mean,... 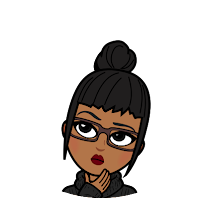